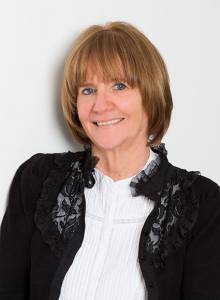 Winner of many literary awards, Theresa Breslin is the popular critically acclaimed author of over 50 titles covering every age range, whose books have been adapted for television, stage and radio, and are translated world-wide. Her work includes modern issues, historical novels, folklore, fantasy, humour, sci-fi, time slip adventures, real-life situations faced by children, such as bullying, and texts suitable for challenged and EAL readers, short stories, poetry & plays. She won the Carnegie Medal, the UK’s most prestigious prize in Children’s Literature, for Whispers in the Graveyard, her compelling story of a dyslexic boy.

Theresa is committed to promoting reading and writing – and she’ll talk about this to anyone who will listen!

In 2019 Theresa was awarded the Outstanding Achievement Award by Scottish Book Trust.

“On a personal basis, I am enormously thrilled and honoured to receive the Outstanding Achievement Award for my writing, but I am also pleased that it includes a public recognition of the value of Children’s Literature and Literacy and the importance of a professionally delivered library service.”
Theresa Breslin 2019

“Breslin leaves her readers on the edge of their seat, gripped by the storyline and unable to put the book down.”  THE OXFORD TIMES

… one of those rare books that makes you want to put your life on hold for as long as it takes to finish it. …formidably good writing, INDEPENDENT WEEKEND

Theresa was born and brought up in a small town in the middle of Scotland close to castles, old burial grounds and the Roman Wall, all of which helped fuel an active imagination as a child, further developed by a love of reading. While working as a mobile librarian she wrote her first book – the route included a small village where the local steel mill closed down, devastating the community.

She has been described as an outstanding writer who combines a powerful sense of drama with memorable characters and superb storytelling. Her work covers most genres and formats: from picture books, e.g. the beautiful Illustrated Treasury series, to historical, e.g. Remembrance – a tale of Youth in WW1, and modern stories, e.g. Divided City – with themes of racism, sectarianism and prejudice towards asylum seekers is also a story of friendship and the nature of friendship. First published in 2005, the book is still read extensively across schools in Scotland and abroad and was produced as a successful musical play by the Citizens Theatre. Divided City was chosen for the One Book Community Reading Project, an Irish cross-border initiative funded by the EU Programme for Peace and Reconciliation. As well as writing “fun” stories Theresa thinks it valuable to address serious issues within the framework of fiction and allow young people to explore and extend their knowledge in this way. She aims to encourage Imagination, and themes within the books often reflect her interest in storytelling and children’s literacy.

A former Youth Librarian, Theresa is passionate about children’s literacy and literature and is an active advocate for libraries. She is an Honorary Fellow of the Association of Scottish Literary Studies. She was the project manager of the BAFTA nominated Scottish Writers programme and was awarded Honorary Membership of CILIPS for services to children’s literature and librarianship. Theresa has served on the Board of Scottish Book Trust and on the Advisory Committee for Public Lending Right in the U.K. Supported by the Scottish Arts Council and the Federation of Children’s Books Groups, she started the West of Scotland Children’s Book Group. She actively supports literacy initiatives for young people and has written articles and made a wide variety of presentations on this subject. In February 2011 Theresa co-ordinated the demonstration outside the Scottish Parliament to protest against the downgrading of library services and ask the Scottish Government to provide a nationwide policy. She was 2016 President of CILIPS (Chartered Institute for Librarians and Information Professionals in Scotland) and is a keen supporter of ‘Save Scotland’s School Libraries,’ providing submissions to the committee considering the petition to parliament in 2015 and is quoted in the recently published new strategy for Scotland’s School Libraries: Vibrant Libraries, Thriving Schools – A National Strategy for School Libraries in Scotland 2018-2023. 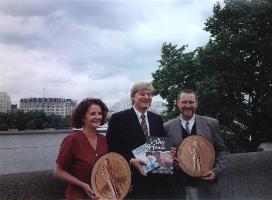 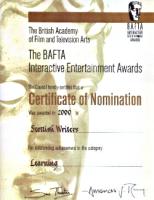 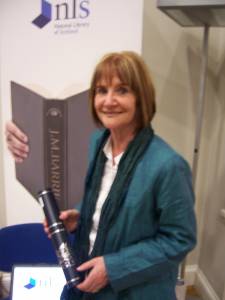